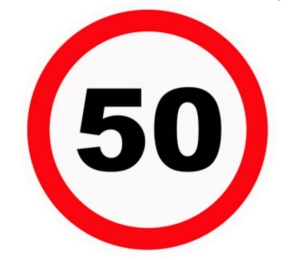 So, I finally made it: from what I hear, it’s supposed to be the new 40. At any rate, it will be enjoyed quietly with my family, punctuated by a few amusing reflections.

The last 50 years have seen ten British Prime ministers and U.S. presidents; the Moon landings; Live Aid; the end of apartheid; the beginnings of Channel 4, Capital Radio, the Internet and video gaming; the deaths of John Peel, the Queen Mother, Princess Diana and Freddie Mercury; and in my own life, one marriage, one son, two blogs and nine years living in South Korea. A recent crossing off from my wish list happened on Sunday in London SW19, but I’m sure you’re all sick of hearing about that. Instead, my present to you on my birthday is the continuation of the 2008 Peel sessions poll, which I count as an achievement I’m proud of, and we’ve reached number…..

As we all know, Reginald Kenneth Dwight became the epitome of both glam rock costume excess, beautifully crafted albums, poetic and catchy singles, and hair transplants. Yet his beginnings, while not exactly humble, were a far cry from the Top Of The Pops and stadium bashes. At the age of 15, he was the pub pianist at the Northwood Hills Hotel for four nights a week, earning £35 plus tips banging out standards and chart hits. Eleven years later, he was to put this experience to good use for his second Peel session (any recordings of his first, from 1968, have yet to surface). He gives us medleys of popular songs, Christmas tunes and Bob Dylan numbers, and a bizarre singalong of his hits ‘Daniel’ and ‘Your Song,’ in which he gently sends himself up with a backing chorus of just about everybody who wasn’t busy in the BBC at the time, including Peel, Walters and Teddy Warrick. John repeated this session or parts of it several times and spoke warmly of Elton as a person years later, whatever he came to think of his music.

50-something, a care worker for autistic adults, and still obsessed with John Peel. View all posts by soitgoes2512

Sessions At A Glance