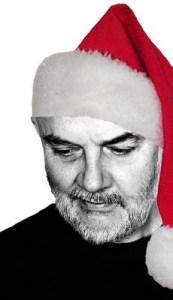 Merry Christmas folks, and you could do worse after the blowout at lunch than listen to what I’ve got for you today. The ‘pretty’ Festive 31 of 1997 is a bizarre anomaly in the history of the chart. For a start, it’s only got 31 places (ah, you got there before me). Secondly, it only took place pretty late in the day: John had had such a crap year he originally wasn’t going to have one at all, but gave in to people power. Thirdly, he did the whole thing in one take, just the same as the 1993 chart. Fourthly, he could have had 50 places: instead, we had a load of records picked by his family and some listeners, plus a Pavement session repeat. Finally, he actually used the words ‘Festive 51’ at the beginning of the show. Coincidence or not?

Well, you  can make up your own minds on this one. Personally, I don’t hold with the conspiracy theorists and think he just couldn’t face what had probably become a chore, and by the time he relented, the amount of votes that came in would most likely have meant a bunch of tracks with just one or a couple of votes charting. I’m not talking out my arse here: votes for my Peel Sessions chart (remember that?) were so thin on the ground after about number 35 that I was having to judge the chart positions based on criteria such as who got their vote in first (which, to be fair, I did make clear beforehand).

There’s little to surprise anybody who was committed to his shows over the year: he was chuffed by Cornershop getting the recognition they deserved after he’d plugged their stuff relentlessly for four years. ‘Brimful Of Asha’ made number 1 before a certain ex-Housemartin got his grubby mitts on it.

Football records rarely made the chart, but this one did. A record by an Irish band about a Leeds United player? Must be unique.

Just for once, I can’t claim the credit for the download: a fellow enthusiast called Jake isolated the chart section (all two and a quarter hours of it) and remastered it, doing a bloody good job in the process. Hope you all got what you wanted from Santa….

50-something, a care worker for autistic adults, and still obsessed with John Peel. View all posts by soitgoes2512

Sessions At A Glance